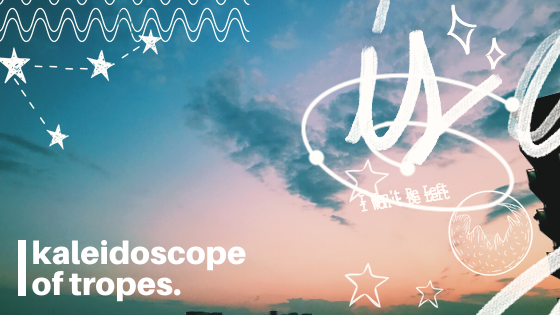 I can’t believe myself I am finally bringing back this feature in my blog. I think I’ve been sadly uninspired to write posts on tropes considering how popular they’ve become of a discussion in media, which makes no sense, because the rise in popularity should’ve made me more excited to talk about them but alas… that was not the case.

But FINALLY, I am back!!!!! And I am here to share with you a recent favorite.

WHAT IS A TROPE?

In storytelling, a trope is just that — a conceptual figure of speech, a storytelling shorthand for a concept that the audience will recognize and understand instantly. Above all, a trope is a convention. It can be a plot trick, a setup, a narrative structure, a character type, a linguistic idiom… you know it when you see it. (source)

I don’t think I had realized how much a fake identity story works for me but I certainly love following characters going through all kinds of ventures to keep up a façade, low-key lying to other people and then having to do the walk-of-shame as they come clean about what they’ve done but claiming, underneath it all, IT WAS REAL ALL ALONG!!!!!!! We love, love a cliché. 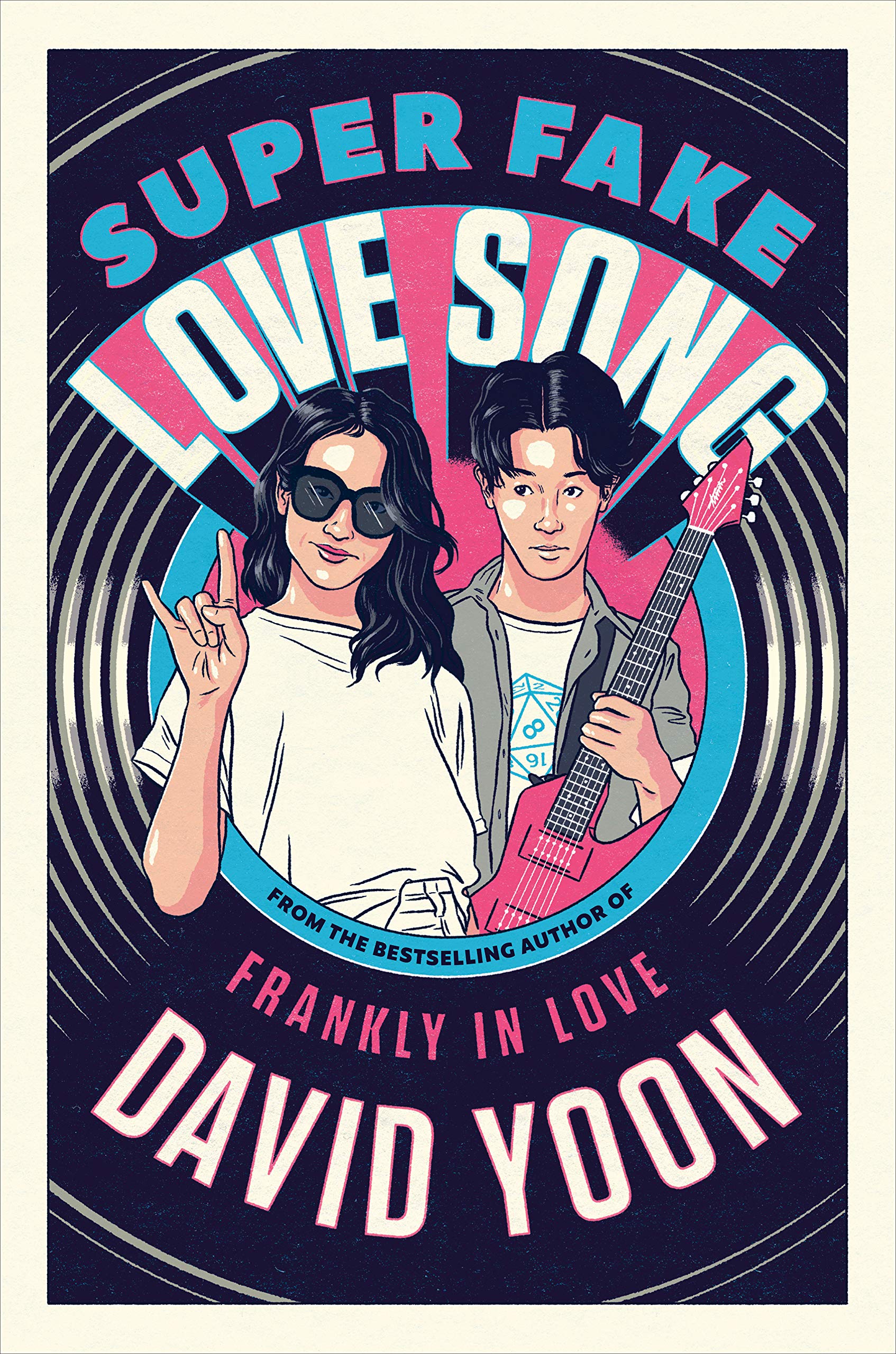 In this one we follow Sunny Dae, a self-proclaimed nerd who wants to impress this new girl in town, Cirus. Accidentally, he ends up showing her to his brother’s room instead of his own and seeing the band posters and cool guitars, she assumes Sunny is into music and part of a band – which he’s very much not, but doesn’t really have the heart to tell her.

You can imagine that building a relationship based on the lie that you are a musician, in a band, who loves rock is not great, to say the least. But I still loved and rooted for Sunny so hard throughout the whole thing!!!!

Mostly because as a teenager, he’s still figuring himself out so while trying out this “new” Sunny persona, he starts to realize he might enjoy some parts of it – music, playing an instrument, being closer to his brother…

I also love how supportive his friends were in joining him on his lie even though they really didn’t have to. A+ friend group for sure.

EXHIBIT #B: THIS WILL BE FUNNY SOMEDAY, BY KATIE HENRY 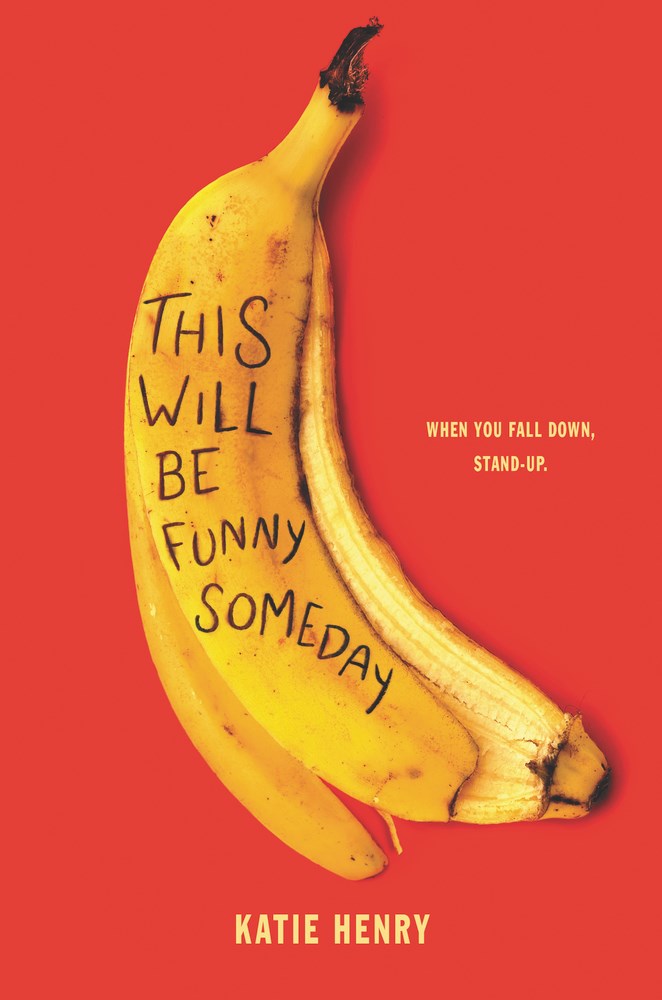 OK, OK, it is true that I did not love this book and may have even given it a 2 star. But I *have* to recommend it because it’s certainly a messy fake identity case.

In this one, our protagonist Isabel lives life as a shadow of herself – she can never really speak her mind in class, her siblings are constantly outshining her and her boyfriend is ultra controlling. Things go sideways, though, when she ends up accidentally on the stage of a stand-up bar and making new college friends, telling them she too is in college when she’s very much not.

Isabel ends up creating a whole other personality for herself – Izzy, the one who does stand up comedy, is in college and also might be the one she *truly* is if anyone in her life gave her the chance to be.

While this book didn’t work for me compared to other titles by Katie Henry, when it comes to the fake identity shenanigans it definitely delivered, ESPECIALLY in the ultra-cringey sequences as the protagonist bumps into someone she knows for real and is trying to keep her two lies at the same time.

EXHIBIT #A: LET IT SHINE

D-COMs are always doing the most with the fake identity trope. The Lizzie McGuire movie could be here as well as any other Cinderella stories.

But I wanted to talk about Let It Shine, mostly because I only watched this one for the first time this year which feels like an absolute travesty.

In Let It Shine, we follow Cyrus, who’s too shy and insecure about actually rapping in front of people but loves writing lines and is quite talented at it. Suddenly, the opportunity to win a record label through a contest presents itself and he sends his own song under the name “Truth” and a picture of him and his best friend. And when he wins the contest, people assume Kris (best friend) is the one behind Truth.

This movie is so interesting because while, yes the fake identity situation is a big part of it, it also discusses heavily whether choosing a certain type of music is the one thing that makes you “respectable” and the importance of music and safe spaces.

EXHIBIT #B: CONFESSIONS OF A TEENAGE DRAMA QUEEN

I wanted to choose this one because the relatability factor is embarrassingly high for me.

Our protagonist in this one is Lola – her real name is Mary but she tells everyone it is Lola because it makes her cool and hip – starting at a new school and deciding to make a whole new identity for herself for…… nothing but the funzies?

I love Lola because she’s insanely chaotic and wreaking havoc just to make herself seem cooler. And I have the fear that had I not been consistently humbled as a child by my older sister I would’ve grown up to be exactly like her!!!!!

Do you also have an unhealthy connection with the fake identity trope? If you have any recommendations – especially for books! – please share them in the comments!