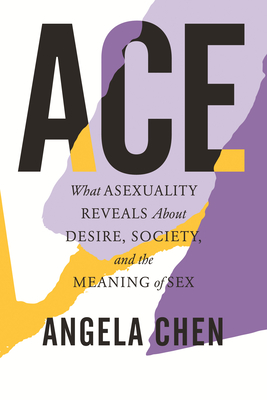 So, back in April, I read Ace: What Asexuality Reveals About Desire, Society and the Meaning of Sex, written by Angela Chen. I had seen this book being mentioned before, when people were discussing asexuality, and it felt like a good place to learn more about it, as a label I gravitate more and more towards.

Disclaimer: this post is going to be super personal. If you don’t care about it, and just want to know my thoughts on the book: I loved it & I encourage anyone – ace or not – to read it.

THE PROBLEM WITH LABELS

The one thing that always stopped me from using “ace” as a label was the fact that I could change my mind about it. How to know if I’m asexual if no one ever actually had an interest in me either? The phrase “Am I ace or just ugly?” is written in my journal at least 400 times.

And that’s, already, the first thing I loved about the book: the way the author acknowledges that it’s okay to change your mind, and therefore, find a better label out there that suits you best.

Especially when we’re talking about communities, it’s impossible not to feel like an imposter, like if I join and leave, then my presence there was less relevant. And it’s fascinating how this book actually made me realize that so many people go through this journey as well and seeing how normal it was for them, made me realize it could be a normal process for me too. I have joined communities and left them before – the number of fandoms I was once a part of is literally too many to count – and that doesn’t mean they didn’t matter to me at the time when I joined them. And when it comes to labels, so many people grow up thinking they’re straight, just to realize they’re actually not. Some think they’re gay and then realize they’re actually bi, or pan, or trans. Labels are not written in blood or ink, and it’s okay for them to change.

Not only that, but it’s also okay not to know one thing or the other. Like, I may never know if I’m asexual because I’m ace or because I’m just not desirable. And it felt, for the longest time, like the answer to one would cancel out the other, as if I couldn’t just be both or neither.

The book touches a lot in the intersectionality of asexuality and race, as well as asexuality and disability. And that was the part that impacted me the most, as these are two almost opposing communities and living in that intersection is like being rejected by both sides. The ace community wants to prove that asexuality is NOT a disability. The disabled community wants to prove that being disabled doesn’t automatically make you ace. So it must absolutely suck to be both.

But what I was able to apply to my experience was what one of the interviewed – Cara – discussed: the fact that she doesn’t know if she is actually asexual or if she is disabled, and therefore, by our society ableist standards, undesirable. And there’s no way of her knowing, because she’ll never get to just *stop* being disabled. So the answer becomes irrelevant. It doesn’t matter which one causes the other, because you can’t strip someone out of their disability, to figure out how different their sexuality would be. We’re all MORE THAN ONE THING and they’re all intertwined. Her disability might affect her asexuality, and that’s how things *are* supposed to work. Again, it made me feel a bit ridiculous that I for some reason thought things could be different.

It’s the same thing when it comes to sexual assault victims. The ace community strives to prove that asexuality has nothing to do with trauma, but that lowkey invalidates sexual assault victims who ALSO choose to label themselves as asexual. Again, you can’t know what that person would choose as a label if they hadn’t gone through that, because you can’t take their trauma back. One thing may affect the other and it doesn’t invalidate their experience as ace in the slightest.

WHY I ONLY WRITE THE GOLD-STAR ACE

I hadn’t even realized just how many prejudices I had internalized by trying to affirm asexuality as a valid identity. One of them was the aiming of the “gold star ace”. 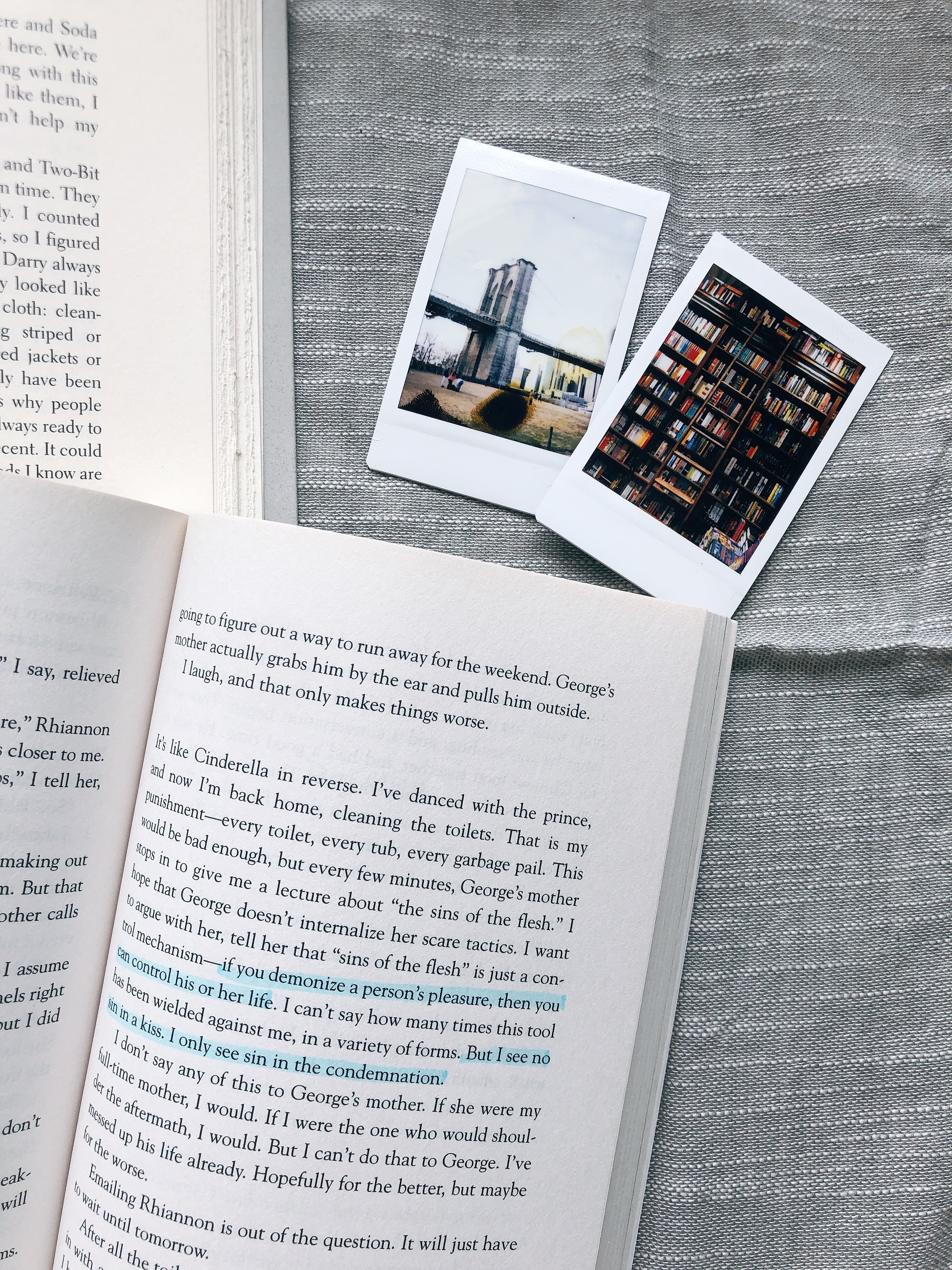 I hadn’t realized it then, but I started writing ace characters when I was 13, in my first ever writing project. I have no idea when I first heard the word “asexual”, but I was already familiar with it at the point, and wanted to write about an ace character. This character was: white, blonde, tall, and a MASSIVE celebrity. Like, Ariana Grande level of celebrity. And her biggest “scandal” was the fact she never dated. She was never seen with anyone, never had hook ups or rumors or flings, or any of that. And people were constantly pressuring her to get a boyfriend.

I did envision her to get one by the end, so I imagine she was more demi than ace, but nonetheless, I’d wanted to write about a character who was, in every sense of the word, a desirable person, and that still CHOSE not to have sex. It wasn’t because no one else wanted them, it was because they didn’t want anyone else.

And I loved how Angela Chen made me question that. Why was that identity the one I was striving for? Why was *that* person going to finally validate asexuality as a real thing? If my character had been disabled, fat, neurodivergent and not-white, then they wouldn’t be the “perfect ace”, because all of these other labels would become things for others to point: *this* is why you’re not having sex. Not because you’re ace, but because ___, ____, ____.

And that is simply *not* true. It’s honestly a bit ridiculous to expect that the “gold star ace” exists and only if they do is that our existence will be validated. We are ALREADY existing. People ALREADY feel like they’re ace. It’s not a matter of whether to not we’re “allowed” to exist, because we already do.

THINGS I LEARNED WITH ‘ACE’

Besides everything I talked about that the book helped me change my perspective on, I also love how “Ace” taught me about a lot of topics I didn’t know enough about.

One of them was the idea of “rape is not sex”. When I started reading this segment, I vehemently disagreed with the author, just because the phrase “rape is not sex” is something I’d heard being repeated so often, in contexts where I generally agreed with people who used them (feminist segments, defending victims of sexual assault, talking about rape culture, etc), but the more she talked about it, the more it became clear that statements like that just help perpetuate even further an idea that sex should always be something good. And sex doesn’t have to be all that.

I also had never given much thought about how asexuality is perceived in relationships, especially with allosexual partners. Mostly because I am aromatic, so the thought of navigating asexuality in a relationship just didn’t feel worth having. But throughout the book, Chen goes in depth about sexual enhancement products and how they not only have side effects that disproportionately affect women, but how their use is recommended without considering the societal pressure where people are expected to always want to have sex, and how THAT is what we should be treating.

It was definitely a learning experience, as I previously knew close to nothing about these practices and it made me not only more aware, but more critical of them too.

WHAT I THOUGHT WAS LACKING

While the book was amazing and one of the easiest 5-stars I gave all year, I did think it was lacking in some aspects.

One thing I found weird was how much the author went on about how the feminist movement hardly ever welcomes asexual women or just women who simply don’t want to have sex. I understood her point but I feel like it’s something already discussed a lot in feminism – how moving towards more forward thinking and the embracing of women who are open about their sexuality should not mean the shaming and the “leaving behind” of women who choose celibacy. It’s a similar concept to the feminist view of motherhood: no woman should be shamed into becoming a mom, but no woman should be shamed for genuinely wanting to either. I thought these were old news, but if just yesterday, I had to listen to my college professor, well-versed in feminism, shaming his own cousin because she used “mom” to define herself, then it might indeed not be as “common knowledge” as some may think.

I also wish the author had touched more on the place of aces within the queer community. While she’s very open throughout the book about seeing asexuals as part of the community, we all know they’re not as easily welcomed. Every Pride Month I feel like we witness the same conversation happening on Twitter – whether or not aces are allowed to celebrate Pride & whether or not they are *really queer*. I’d have liked to listen to experiences of people who felt like they were not exactly welcomed by the queer community and had to build their own.

There also weren’t a lot of people being interviewed who define themselves as aromantic and asexual, which was something I missed, especially because society pressures us into romance even more than it pressures us into sex. While sex is, in some cultures and for some demographics, considered something too “vulgar” to be talking about, you hear stories of romantic love from as early as a toddler, when you watch Cinderella for the first time. I wish there had been a broader conversation on aromanticism and its differences and similarities with asexuality.

This turned into a whole fucking essay, so I apologize. Let me know if you’ve read Ace, your thoughts & what was a book that you read recently that changed your life!