I come to you today with a discussion. (Also: 10/10 writing this post at work. Don’t tell my boss). I was thinking about the things I enjoy in books and most of the time, it comes down to the characters. But, is it true that likable characters makes for a good book?

But, first, let’s make something clear: good characters =/= likable characters. A character can have an amazing development and be someone’s favorite, even though they’re actually pretty unlikable. Devi, from Never Have I Ever, is a character I know many people would consider unlikable – she’s selfish, definitely doesn’t think things through, impulsive and overdramatic. However, she’s still one of my favorite characters in the show and I think a very well-written one. Never Have I Ever definitely would not be the same without Devi! 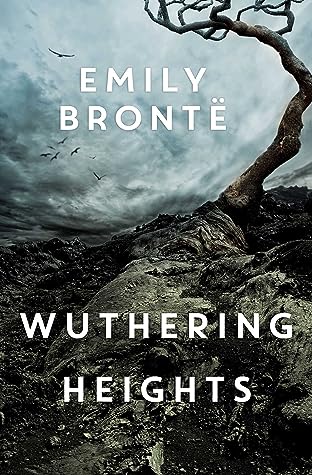 I remember finishing Wuthering Heights and seeing someone’s review talking about how this is their favorite book, and how they had never thought about the characters being awful and problematic, because that’s kinda the whole point. I think that was my first time considering that people can love a book, but not its characters.

The characters in Wuthering Heights are all pretty awful. They’re mean, self-centered, aggressive and disrespectful. And the reading experience of this book was not personally enjoyable, as the plot is literally just the characters doing their character things. I had a hard time engaging myself with the story.

But, I do know this story is many people’s favorite. People connect with it even though they don’t like the characters, either because of the themes or the writing. And I do think it *is* possible to enjoy a book, even if the characters kinda suck.

I definitely felt that way about Felix Ever After. Felix was not a “likable” protagonist – he was cunning and mean and was legit catfishing a guy to blackmail him afterwards. Definitely not good-guy-behavior. But the book was actually refreshing, exactly because Felix was such an unique protagonist. Plus, Kacen Callender developed all the other themes of family, relationships, self love, gender and sexuality incredibly well. There’s a good cast of queer characters who are all incredibly messy and flawed as well and, if anything, this just adds to the story.

My experience turned out to be quite different with both books, even though I’m pretty sure I gave both of them the same rating (). I didn’t like Wuthering Heights that much, probably because the themes that were discussed weren’t as cut and dry, and I couldn’t really understand the point the author was trying to make. As for Felix Ever After, while I had my fair share of gripes with the dialogues and the overall pacing of the relationships, I definitely liked this one a lot better – even through Felix’s unlikableness.

And what about a book that has flaws all around but likable characters? It definitely becomes harder to rate stories like these: because, yes, I recognize the flaws, but alsooooo I am attached to the characters!

The most perfect example of that has to be The Raven Cycle series. I think everyone can agree that this books’ actual plot is… mediocre, at best. It is incredibly confusing, the villains are sooooo poorly written and for the ending very anti-climatic. But it’s still such a popular series because Maggie Stiefvater created these characters so well. They’re dramatic and a bit antagonistic, and not all perfect, but they’re likable and easy to relate with. Their dynamic is incredible and it definitely makes it for a fun reading experience.

However, I also totally understand the different perspective. I recently finished The Gilded Wolves and, as much as the characters were interesting, not even they could salvage this firestorm of a book. It was ultimately too poorly written imo: the pacing completely off and the action sequences read like a fever dream. I enjoyed the characters dynamics, but even that felt so surface level.

This is not a rant review for The Gilded Wolves, but the point I’m trying to make is that, in this case, the characters, as likable, interesting and relatable as they were, were not enough to make me actually like the book. As for The Raven Cycle, maybe I just connected more with Maggie Stiefvater’s writing or I cared more about the characters, but they definitely saved the book’s confusing plot.

8 comentários sobre “do likable characters make for a good book?”