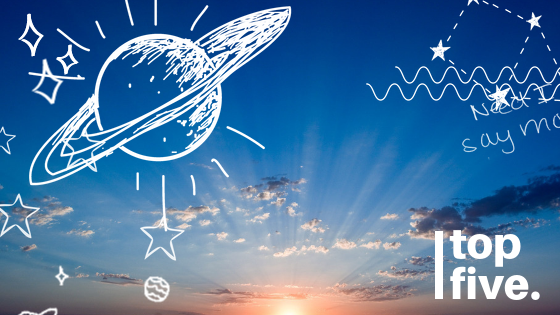 Okay, y’all, I know I’m probably getting annoying at this point because I talk about this a little bit too much, but I need more, alright. And dont’ get me wrong, I love any kind of latino rep I can get my hands on. But Anitta, Shakira, J Balvin and Kali Uchis didn’t do all of that to Mexico still be the only latinx rep in books.

South America is a full continent. I want to see more Colombian, Bolivian, Argentinian, Ecuadorian and even Brazilian characters in YA. C’mon.

🌎 Books I know with South-American characters:

Heretics Anonymous has a badass Colombian-American side character called Lucy, who’s a proclaimed feminist and wants to be a priest. She also has a complicated

family dynamic which added a lot to her character depth.

Lobizona comes out in August and will center around an Argentinan girl discovering mysteries that have to do with folklore and her family. To say that I am excited about this one is an understatement.

I know books centering around fandom are actually not that rare and I have read a few already. But I really want to see more books talking about boybands and the culture around that. Sorry, it’s just that I have way too much personal experience on this one, lol.

I literally said: “fine, I’ll do it myself” and started writing my own story about boybands and roadtrips. But I want actual books by competent authors that I can devour again and again that will be able to encompass the feeling of going to concerts, overanalyzing lyrics, waiting for a videoclip release, buying too many unnecessary merch, and meeting amazing people because of it.

I Was Born For This is a dual perspective novel where we follow both a fan of the band, Angel, as well as Jimmy, their vocalist. However, I ended up DNF-ing this book as I felt like the portrayal of fan culture here was

overwhelmingly negative and made me feel really bad.

I have not read Foolish Hearts yet and I have no idea where the boyband element gets intertwined here, but I do know our main character will be in a production of A Midsummer Night’s Dream, so there’s also some Shakespearean references to expect!

THREE. BOOKS WHERE THE SETTING MATTERS

I really want to read more YA contemporaries where I couldn’t just pick up the plot, move to an entire different city or state, and it wouldn’t even be noticeable. Because I love whenever the setting has a big role in the story, even if the book is not inherently about it, like a roadtrip/travel book, where obviously the setting will be important.

I love getting to know new places, even if through books, and I don’t think you need to go crazy in order to make it interesting.

✈️ Books where the setting matters:

Alex Approximately is set in a surfer’s town in California and there are so many talks about boardwalks, surfing, tourists and nice weather. The characters also are working at a museum, which was such an unique setting and works so well here. It was, by far, my favorite part about this book.

Even though All the Bright Places is set in Indiana, which may not sound like the most picturesque place, a whole portion of this book is dedicated to follow these characters as they explore wonders of their own state. I think this is a great example that any place can have an impact on the story, if done well.

I want more authors being brave enough to explore platonic relationships. I want to see less girl/boy friends becoming lovers because it sounds like the only viable option – it is not. Sometimes, they don’t even work as a couple, but because they have chemistry, then inherently, they have to be boyfriend/girlfriend? Nahhh, I don’t think so.

💕 Books I know with platonic relationships:

Radio Silence even has a quote that I think sums it up pretty well: “You probably think Aled Last and I are going to fall in love or something. Since he is a boy and I am a girl. I just wanted to say- we don’t. That’s all.” Even though these characters had chemistry and clearly loved each

other a lot, they worked so much better as just platonic lovers.

The bond between Felicity and Sim in The Lady’s Guide can not be explained with something as simple as a “friendship”. They learn so much from each other, share so much, even talk about what their future could look like together, and were just adorable throughout most of this book.

Look, yes, enemies to lovers can be fun and all but have you ever experienced the JOY of enemies to friends? Of two characters using everything they can about the other person to make their lives hell and then suddenly finding the urge to protect and support that person through whatever?

It’s the most *satisfying* transition in the world. I don’t care much for enemies to lovers, but I need more enemies to friends stories in this world.

👯‍♀️ Books I know with enemies to friends:

The Way You Make Me Feel has such a nice story of these two girls who couldn’t be more opposite from each other – class clown Clara and good-two-shoes Rose – and who are forced to work together for the summer. They spend most of the book being petty,

but once they start opening up to each other is beautiful.

The Six of Crows squad is also perfect example of this. They start out definitely as a dysfunctional team, but end up developing strong bonds and protecting each other through everything, which is a delight to follow.

Alright, y’all. If you have any recommendations for any books that you know contain one of those themes, let me know in the comments! What other things you want to see more of in YA books?

22 comentários sobre “top five things i want to see more of in YA books!”