Today, I’m here to introduce a new feature in my blog, called ‘A Trip to my Home Country‘. Through these posts, I’m looking forward to sharing more about my country and life in this hemisphere.

I don’t know a lot of other South American bloggers, so I think there’s a lack of representation in the community. I hope that, through this feature, people will get to know more about how we live around here.

For today’s post, specifically, I was inspired by this post, written by Prags @ The Inked In Book Blog for a feature in Fadwa‘s blog @ Word Wonders. . In the post, she busts some stereotypes and myths involving Indian culture, so I thought it would be nice to do something similar for Brazil as well.

ONE. BRAZILIANS SPEAK SPANISH OR BRAZILIAN

We don’t, actually! Even though the rest of South America was colonized by Spain, and therefore, speak Spanish, Brazil was actually colonized by Portugal. So, our language is Portuguese!

Portuguese and Spanish are similar languages, but are definitely not the same, thanks.

And as for the ‘Brazilian’ language… That’s just dumb, sorry.

TWO. PEOPLE VISIT THE AMAZON RAINFOREST ON A DAILY BASIS

I’ve lived in Brazil for 18 years and I’ve never been to the Amazon rainforest. It’s located in the North of the country, so it’s pretty far for most people who live in the bigger cities – like moi.

Foreign tourists are most of the people that actually visit the Amazon rainforest. It’s not a popular traveling location amongst Brazilians.

Uh, this is almost true.

Football – or soccer, however you call it, – is very popular in Brazil. Even if you don’t play it, you probably have a team you cheer for or at least a FIFA videogame.

Albeit the most popular city worldwide, it hasn’t been the capital for almost 60 years. I think Brazil suffers from the same disease as Australia – everyone thinks the capital for the country is Sydney, but it’s actually Canberra. 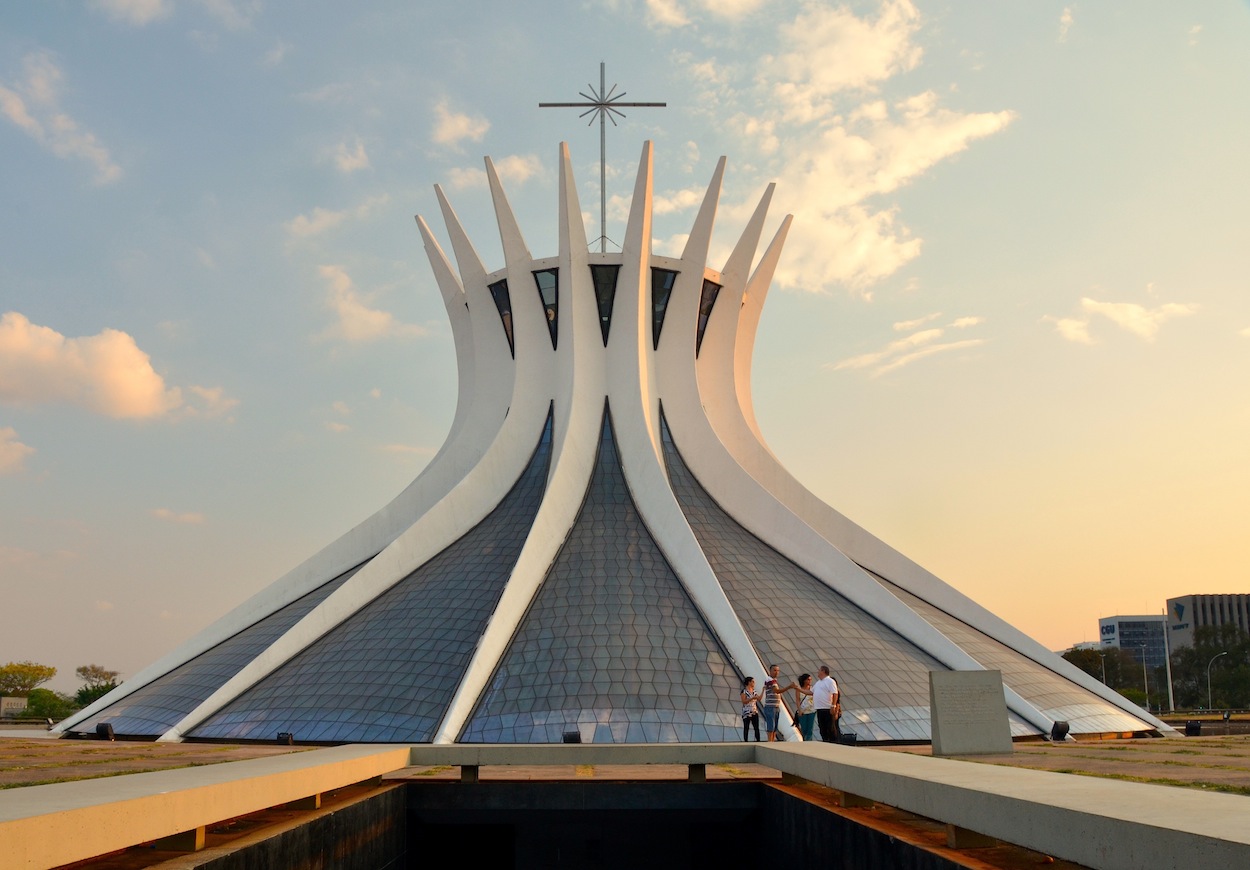 Our capital is a city called Brasília, located right in the middle of the country. It was planned to be the capital, so it’s a pretty city, with a lot of interesting buildings – hence this one, which is actually a church!

FIVE. EVERYONE KNOWS HOW TO DANCE SAMBA

I don’t know anyone who can actually samba. Honestly. I’ve never learned it myself!

Samba is definitely a popular genre, but not all over the country; just in some cities. It’s not the type of music genre we listen on a daily basis either, and it’s typically more popular around Carnaval time.

So, yeah, most people don’t actually know how to dance samba here, lol.

SIX. MOST PEOPLE LIVE IN FAVELAS

A lot of people do live in favelas. Brazil is a third world country, so there are a lot of homeless people or others living in poor conditions, such as favelas. There’s a major and historical living problem in my country, and that’s why many people end up in such situations.

However, there are also a lot of people living in regular houses and apartments. As any other country, Brazil does have a lot of layers, and albeit the more poor ones are the ones to get the attention by the international media, there are several others in better conditions.

Brazil is, racially, a very diverse country. There are literally people from all over the world living here!

Black people, white people, people from Native-American backgrounds, Asians, etc. Seven out of thirty students in my classroom were from a Japanese ethnicy. I know a lot of people who are all over the spectrum – myself included!

That’s true! Brazilians are welcoming towards foreigners and very likely to be overprotective at “gringos” – how we call foreigners here.

However, in my experiences in the United States, I actually find that Americans are much more likely to initiate small talk, and offer you a good day, and all of that. In Brazil, people don’t do this as much. Wishing each other good morning and good night is the basics, but going up to a counter and starting small talk to a costumer is not exactly a trait for Brazilians.

Nonetheless, we try to be very welcoming and make sure foreigners feel at home here as well.

That’s it! Those are all the stereotypes I have for today. Do you have any other perception towards Brazil and would like to know whether it is a myth or a fact? Let me know in the comments! And please feel free to bust other stereotypes about your home country here too!

31 comentários sobre “a trip to my home country: stereotypes”